I’ve been lamenting the loss of my old life all day, and I don’t wear mourning well.  I’m sure my appearance was almost as bad as my mental state this afternoon; bloodshot eyes from no sleep, sweaty and frumpy from a panic attack at work, and either on the brink of tears or seconds away from murder.

All the ways in which life is no fair have been accumulating in my head and I was fully prepared to embellish the crap out of them right here.  The thought of never again having a Thanksgiving dedicated to beer and football sent me even further into a “woe is I” orbit.

The pity party came to an abrupt end sometime about 5 minutes ago.  Writing has this crazy way of giving me clarity, and the clarity still sucks, but it brings me back down (or up?) to ground zero.

Rationale has informed me that it’s not that I can never drink…it’s that I can never drink safely.  I’ve heard of alcoholics harnessing their obsessions to drink like a normal person at least for a little while, but there’s no white knuckling it forever; ultimately the result is some variation of a painful, destructive, long or short shitty life.

When the present isn’t all peaches and cream, glorifying to the past is a knee-jerk reaction.  It was so much better then!  When I had wine!  And football!  And that little Italian restaurant!!

The reality is that the last time I had dinner at that Italian restaurant it wasn’t the food or company I was happy about; it was the bag of blow in my pocket I wasn’t going to share.  While everyone waited for the check to come I was in the bathroom taking key bumps.  This was in January, when I had a one-way ticket to Central America.  It’s a good thing I didn’t follow through with that plan…I hear the cocaine there is terrible.  Yikes.

There was nothing glorioius about Thanksgiving last year. I was still on the pot farm, and made plans to drive five hours south to spend the holiday with close friends who felt like family.  I would have made it, too, if the night before I hadn’t been guzzling three bottles of wine with a married-ish total-mistake-man.  Thanks to my impeccable decision-making, I spent the day puking in a house on the mountain with no electricity, no furniture, and nobody; there was no football and no beer.

At the first pot farm I lived on in 2010, for Thanksgiving my “co-worker’s,” and I spent $500 on food which I didn’t even end up eating because we started blowing lines too early.  Poor time management.

Two years later, as I puked my brains out by myself in an empty cabin one pot farm over, I reflected on that first Thanksgiving, (again, looking to the past), and thought how awesome that year had been.  It never struck me that things were getting progressively worse, or that that first year wasn’t as joyous as I had it written in my memory.  I have no idea what I just wrote. 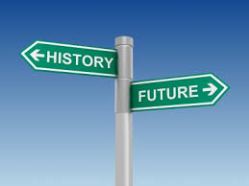